Johanna Emeney works at Massey University as a teacher of creative writing and has published several poetry collections.

Many many years ago my first poetry collection Cookhouse (AUP) appeared in the world and it was a big thing for me. I was at the stove with my baby in my arms, when the phone rang, and I dropped something all over the floor. It was Alistair Paterson, then editor of Poetry NZ, wanting to know if I would be the feature poet. The tap was running, the mess was growing, the pot was bubbling, my baby was crying, but somehow I spoke about poetry and agreed to my face on the cover and poems inside. It felt important.

I have only sent poems to journals a couple of times since then as I find it a distraction, but I love reading NZ literary journals. We have so many good ones from the enduring magnificence of Sport and Landfall to the zesty appeal of Mimicry and Min-a-rets.

Poetry NZ has had a number of editors, and is New Zealand’s longest running literary magazine. Poet Louis Johnson founded it in 1951 and edited it until 1964 (as the New Zealand Poetry Yearbook). Various others have taken turns at the helm – most notably Alistair Paterson from 1993 to 2014. In 2014 Jack Ross took it back to its roots and renamed it Poetry New Zealand Yearbook. This year Johanna Emeney stepped in as guest editor while Tracey Slaughter takes over the role from 2021.

For me Poetry New Zealand 2020 is a breath of fresh air. It opens its arms wide and every page resonates so beautifully. It showcases the idea that poetry is an open home. The poems behave on the page in a galaxy of ways, sparking and connecting multiple communities. I feel so satisfyingly refreshed having read this, warmed though, restored.

I am at the point in lockdown where I drift about the house from one thing to next in an unsettled state. I alight on this and land on that. So Poetry NZ 2020 is the perfect resting spot. I want to sing its praises to the moon and back, but I am tired, have barely slept and words are like elusive butterflies.

Johanna Emeney’s introduction is genius: ‘It is wonderful to be chosen by poems, and the very opposite of trying to chose poems.’ And later: ‘A poem choose you the minute it takes you by surprise. To be clear this cannot be any old surprise.’ And later: ‘poems that choose you are like mille-feuilles— thoughtfully assembled and subtly layered.’

I love the way Johanna has treated the issue like we often shape our own collections – in little clusters of poems that talk to each other: ‘Into the water’, ‘Encounter’, ‘Other side up’, ‘Remember to understand love’. It is an issue lovingly shaped – I am in love with individual poems but I am also mesmerised by the ensuing conversation, the diverse and distinctive voices.

The essay section is equally strong. You get an essay by Mike Hanne on six NZ doctor poets, Maria Yeonhee Ji’s ‘The hard and the holy: Poetry for times of trauma and crisis’. You also get Sarah Laing’s genius comic strip ‘Jealous of Youth’ written after going to the extraordinary Show Ponies poetry event in Wellington last year. And Roger Steele’s musings on publishing poetry. To finish Helen Rickerby’s thoughts on boundaries between essays and poetry. Restorative, inspiring.

The opening highlight is the featured poet (a tradition I am pleased to see upheld). Like Johanna I first heard essa may ranapiri read at a Starling event at the Wellington Writers Festival, and they blew my socks off (as did many of the other Starlings). essa is a poet writing on their toes, in their heart, stretching out here, gathering there, scoring the line in shifting tones and keys. So good to have this group of new poems to savour after the pleasures of their debut collection ransack. I particularly enjoyed the conversation between essa and Johanna – I felt like I was sitting in a cafe (wistful thinking slipping though?) sipping a short black and eavesdropping on poetry and writing and life. Tip: ‘That a lot of poems are trying to figure something out. If you already know it, then you don’t need to write the poem.’

I have invited a handful of the poets to read a poem they have in the issue so you can get a taste while in lockdown and then hunt down your own copy of this vital literary journal. Perhaps this time to support our excellent literary journals and take out a few subscriptions. Start here!

Lynn reads ‘For my parents’

Lynn Davidson is a New Zealand writer living in Edinburgh. Her latest poetry collection Islander is published by Shearsman Books in the UK and Victoria University Press in New Zealand. She had a Hawthornden Fellowship in 2013 and a Bothy Project Residency at Inshriach Bothy in the Cairngorms in 2016. Lynn has a doctorate in creative writing, teaches creative writing, and is a member of 12, an Edinburgh-based feminist poetry collective. Her website

E Wen Wong is in her final year at Burnside High School, where she is Head Girl for 2020. Last year, her poem ‘Boston Building Blocks’ won first prize in the Year 12 category of the Poetry New Zealand Student Yearbook Competition.

Chris Tse is the author of How to be Dead in a Year of Snakes and HE’S SO MASC. He is a regular contributor to Capital Magazine’s Re-Verse column and a book reviewer on Radio New Zealand. Chris is currently co-editing an anthology of LGBTQIA+ Aotearoa New Zealand writers. 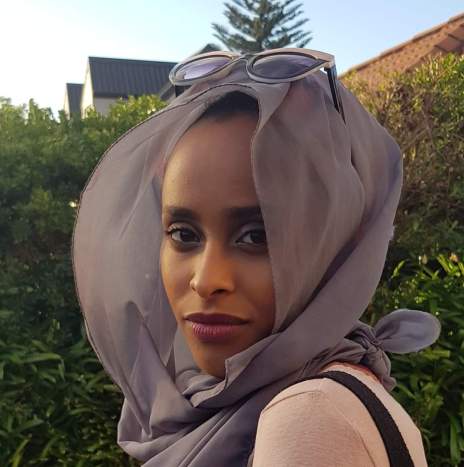 Fardowsa Mohamed is a poet and medical doctor from Auckland, New Zealand. Her work has appeared in Poetry New Zealand, Sport Magazine, Landfall and others. She is currently working on her first collection of poetry. 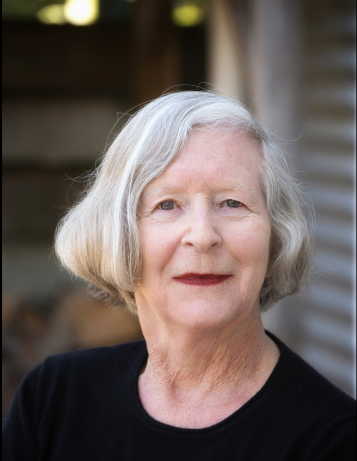 Elizabeth Smither, an award-winning poet and fiction writer, has published eighteen collections of poetry, six novels and five short-story collections, as well as journals, essays, criticism. She was the Te Mata Poet Laureate (2001–03), was awarded an Hon D Litt from the University of Auckland and made a Member of the New Zealand Order of Merit in 2004, and was awarded the Prime Minister’s Award for Literary Achievement in Poetry in 2008. She was also awarded the 2014 Janet Frame Memorial Award for Literature and the 2016 Sarah Broom Poetry Prize. Her most recent collection of poems, Night Horse (Auckland University Press, 2017), won the Ockham New Zealand Book Award for Poetry in 2018. 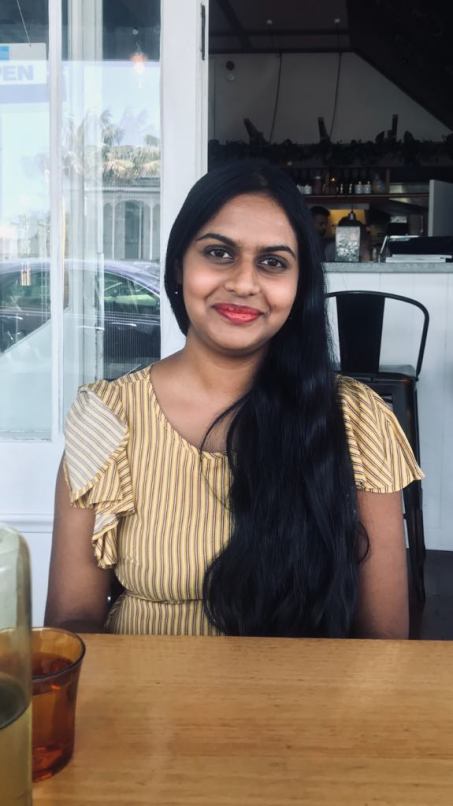 Anuja Mitra lives in Auckland and is co-founder of the online arts magazine Oscen. Her writing can be found in Starling, Sweet Mammalian, Mayhem, Poetry NZ and other journals, though possibly her finest work remains unfinished in the notes app of her phone.

Semira Davis is a writer whose poetry also appears in Landfall, Takahe, Ika, Blackmail Press, Ramona, Catalyst and Mayhem. In 2019 they were a recipient of the NZSA Mentorship and runner-up in the Kathleen Grattan Poetry Award. 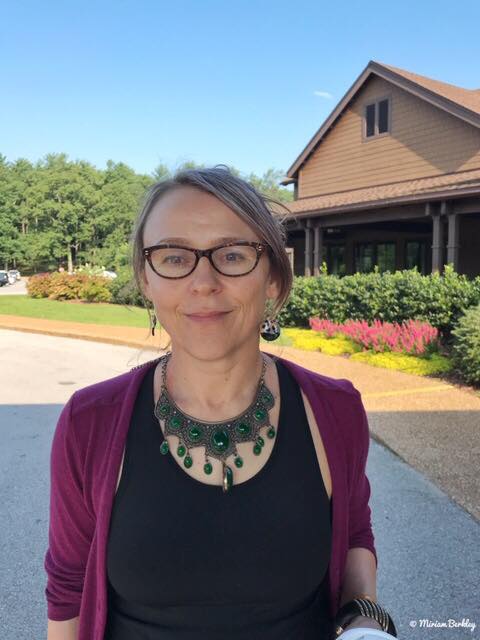 Johanna reads ‘The girl with the coke can’

Johanna Aitchison was the 2019 Mark Strand Scholar at the Sewanee Writers’ Conference in Tennessee, and her work has appeared, most recently, in the Poetry New Zealand Yearbook 2020, NZ Poetry Shelf, and Best Small Fictions 2019.

Vaughan Rapatahana (Te Ātiawa) commutes between homes in Hong Kong, Philippines and Aotearoa New Zealand. He is widely published across several genre in both his main languages, te reo Māori and English and his work has been translated into Bahasa Malaysia, Italian, French, Mandarin and Cantonese.

Five books published during 2019 – in Aotearoa New Zealand, India, United Kingdom. Includes his latest poetry collection ngā whakamatuatanga/interludes published by Cyberwit, Allahabad, India. Participated in World Poetry Recital Night, Kuala Lumpur, September 2019. Participated in Poetry International, the Southbank Centre, London, U.K. in October 2019 – in the launch of Poems from the Edge of Extinction and in Incendiary Art: the power of disruptive poetry. Interviewed by The Guardian newspaper whilst in London.

His poem tahi kupu anake included in the presentation by Tove Skutnabb-Kangas to the United Nations Forum on Minority Issues in Geneva in November 2019. Interviewed on Radio NZ by Kim Hill in November 2019.

Emma Harris lives in Dunedin with her husband and two children. She teaches English and is an assistant principal at Columba College. Her poetry has previously been published in Southern Ocean Review, Blackmail Press, English in Aotearoa and Poetry New Zealand.

Dani is a Wellington poet, and one of the Plague Writers (a Masters student) at Victoria’s IIML this year. They’ve been published in Mayhem, Aotearotica, Takahe, Poetry New Zealand Yearbook 2020 and others. They’re currently working on their first collection of poetry. 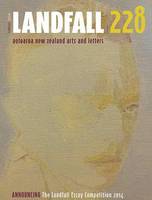 The latest issue of Landfall contains the essays by the winner (Diana Bridge) and runners-up (Sarah Bainbridge, Simon Thomas, Scott Hamilton) of the 2014 Landfall Essay Competition. Judge, David Eggleton, selected 11 finalists (all listed) from 39 entries before selecting the winners. He is also publishing the essay by another finalist, Tina Makareti in Landfall 229. Having read the judge’s comments, I am now interested to read the essays themselves.

What I have done though is read all the poetry. Four poems particularly stood out for me.

Carolyn McCurdie’s ‘Hut’ The opening lines are tremendous: ‘If I come back as a building/ it will be as a tramping hut.’ The poem deposits you in in its heart which is the heart of the hut. Right there in a place where words so frequently stop, yet Carolyn’s lines are memorable.

Reihana Robinson’s ‘And Blessed Be’ The lively word play of this poem is utterly infectious.

Semira Davis’s ‘White Girl: Māori World’  The poem has a razor-sharp edge that stops you in your tracks. Is it okay for a skinny white girl to speak Te Reo?

Rhian Ghallager’s ‘The Speed of God’ is a stunning example of poetry that is original (yes!), breathtaking, spare and refreshes repetition. Some poems rise above all the pother poems we write, and for me, this is one of them. Here is the opening stanza:

find their most dramatic positions.’

I was capitivated by Michele Leggott’s essay, ‘Self-Portrait: Still Life, A Family Portrait.’ It is both inventive and moving. I don’t want to say anything more but let it unfold for you as you read it.

Oh and I also loved the portraits by Lorene Taurerewa. One features on the cover.

And as for the fiction, that is part of my summer reading.