Edgeland and other Poems by David Eggleton (Otago University Press)

All of Us by Adrienne Jansen and Carina Gallegos (Landing Press)

The Sarah Broom Poetry Prize is one of New Zealand’s most valuable poetry prizes and aims to recognise and financially support new work from an emerging or established New Zealand poet. In 2019, the prize is an award of $10,000. Poets are required to submit six to eight poems (at least five unpublished).

Now in its sixth year, the award will be showcased in a special public session at the Auckland Writers Festival in May 2019 where shortlisted poets will read from their work and the winner will be announced. The full Festival programme will be publicly launched on 13 March and will be available in print and online here

For entries/queries email poetryprize@sarahbroom.co.nz. For more information about the prize and Sarah Broom visit here

Award-winning poet, novelist and essay writer Anne Michaels is Toronto’s current Poet Laureate. Her multiple awards and shortlistings include the Commonwealth Poetry Prize for the Americas, the Orange Prize, the Governor-General’s Award and the Griffin Poetry Prize. Her latest poetry collection All We Saw was published in late 2017.

Young and emerging writers, rejoice! The dear old Spinoff Review of Books unveils a new writer-in-residence award – open only to those tender of age and prodigious of talent.

Young and emerging writers in New Zealand get a pat on the head now and then, a little bit of praise, limited exposure, sod-all money, and not a lot else – until now. The Spinoff is pleased to announce an annual writer’s residency which is eligible only to writers of tender years and wondrous promise.

The Spinoff Review of Books Writer-in-Residence Award is held in association with the Rise Pop-up Apartments in Wellington. It will be held annually, and the winner shall receive:

The 2020 award will be open to all young and emerging writers. The winner of the inaugural 2019 award has already been chosen, and indeed arrived at the apartment this weekend – the dazzlingly gifted Hamilton writer Aimee-Jane Anderson-O’Connor.

Jack Ross has just announced the Poetry NZ Poetry Prize winners on his blog – they will appear in the next issue of Poetry NZ. Wes Lee takes top prize. 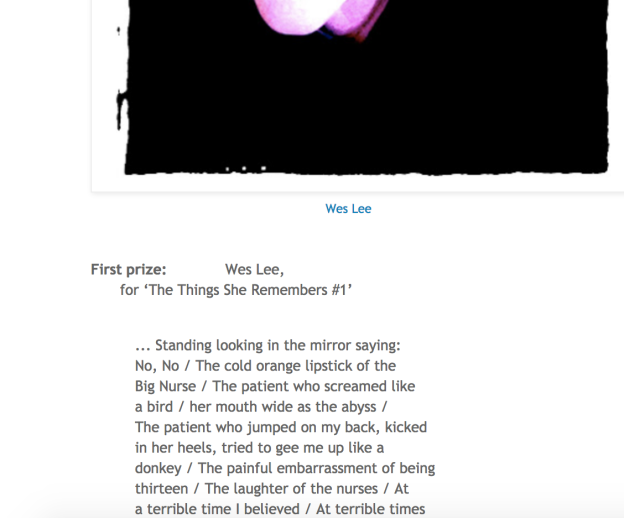 The Best Small Fictions – an annual series since 2015 – seeks works of short fiction published within the 2018 calendar year for its 2019 anthology. Editors may submit up to five works of short fiction of up to approximately 1000 words. We encourage an eclectic array of styles and approaches. We seek work featuring memorable imagery, characterization, and language. Pieces which exemplify the delicate, deliberate craftsmanship of this short form.

Pegasus Books is thrilled to announce the Pegasus Books Poetry Reading Series 2019. We have an extraordinary lineup of poets from across New Zealand who will be reading their poems in store throughout the year.

Readings are held every 6 weeks on Friday night at 6.30pm. Each reading features four poets.

We kick off on February 8 with: