Owen Leeming has a fascinating bio on the back of his new poetry collection: he was a radio announcer, briefly studied musical composition in Paris, lived in London, published his poetry in various English magazines, became a UNESCO expert in Africa, settled in Provence, was the first writer to receive the Katherine Mansfield Menton fellowship (1972), joined Club Med in Spain where he met his future wife, worked as a translator for the OECD in Paris. He has remained based in France. His debut poetry collection, Venus is Setting, was published by Caxton Press in 1972.

This new collection is in debt to a trip back to New Zealand with his wife, Mireille but also assembles earlier poems from previous visits home. David Howard endorses the book, likening it to a vessel with two masts (the poems ‘Sirens’ and ‘Khalwat’) that set sail from Owen’s classic poem ‘The Priests of Serrabonne’. That poem was first published in Landfall in 1962.

Owen travels across four decades worth of fascinations, anchors and connections to place, people and ideas. The poems offer deft musical keys, lapping and lilting like little oceans, an undulation of consonants and vowels, assonance and rhyme. The sequence of physical returns form an elastic stretch between homes – France and Aotearoa. The poems often act as surrogate translations as though Own is translating his country of birth for Mirielle but also, and equally importantly, for himself transplanted at a distance.  As he says in the terrific opening poem, ‘Crossing the Tasman’: ‘A sea still flows and Morse / messages stutter from a place you still call home.’

In a book that offers a measured pace, an attentive ear and evocative images, the opening poem is my favourite poem:

Bracing yourself against your life, you gaze

across ten years’ chop and swell:

That water widens still from then to now,

on bitter wind the rail, your knuckles, eyebrow

and eye, pouring between your past (…) 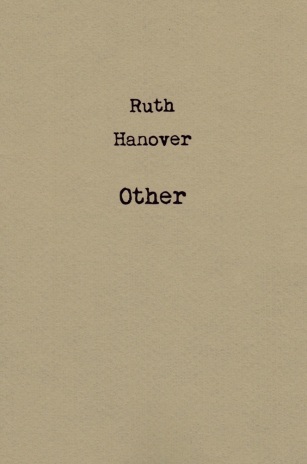 Ruth Hanover, with a degree in English and a background teaching ESOL to refugees in Cairo, Stockholm and New Zealand has published a collection born of this experience, along with the experience of travel and years in therapy.  Her poems have been published in London Grip, a fine line, takahē,  Poetry New Zealand and Manifesto Aotearoa: 101 Political Poems (Otago University Press). Her poem, ‘The Tent’ gained the Takahē Poetry Prize 2017 and a new work was longlisted in the Peter Porter Prize in 2019.

To be reading the collection in the wake of the Christchurch terrorist attacks is to be acutely aware of certain issues. What do we mean when we say ‘we’ or ‘us’ or ‘them’, for example? To what degree should we voice the lives, pains, joys of others? Ruth’s book is dedicated to ‘the seekers of asylum and for those who reach towards them’. It is a timely arrival as we grapple with tragedy and how to reach out and indeed how to speak.

Ruth’s poems are not a matter of speaking on behalf of but a speaking towards, a speaking out of imagining, placing light on dislocations, violences, deprivations, catastrophes, inhumanity. They poems are written along a pared back line, with exquisite economy, as a sequence of voices, other voices – perhaps imagined and perhaps experienced – speaking from real situations.

I had gone in for oranges     early persimmon —

the lush fruit     the abundance. Behind me

The reply. The tone. I turn     unstable

unable to bear the weight

complicit as if I had committed

We move from Nauru to Syria to Paris to Stockholm. We move with refugees, with the displaced and, as I move as reader, I feel other. Moved yet motionless in my state of privilege.  I feel the helpless slap of what I can do in the face of intolerance.

Poetry can be the occasion of listening; Ruth offers subtle melodies in her finely crafted poems but she also offers other points of view.  Both melody and viewpoint employ gaps on the line, fragments, with punctuation adrift to underline the difficulty of  speaking of catastrophe. With an alluring blend of grace and sharpness, ease and discomfort, I can’t wait to see what else Ruth writes.

Victoria Broome, How We Talk to Each Other, Cold Hub Press, 2019

We are quite separate in this big house. Nana is a

good cook but she doesn’t hug, it’s hard to know

what makes us such companions. I think there are

things we know about each other we don’t know.

flour and butter and eggs and sugar into a bowl

from ‘Nana  in the Upstairs Bedroom’

Victoria Broome has published poems in literary journals and anthologies, was awarded the CNZ Louis Johnson Bursary (2005) and has twice been placed in the Kathleen Grattan Award (2010, 2015). How We Talk to Each Other is her debut collection.

The poems in How We Talk to Each Other arc over ten years, drawing upon familial experience, particularly memories of her parents, hooking the luminous detail that has endured. Poetry becomes a family imprint and like Ruth, Victoria pares back a scene until it shines. Big events are viewed on the fringes; how the young child witness feels, what she does, the glinting physical detail.

Victoria’s collection shows so beautifully the power of domestic poetry – poems that connect at the level of family – to slip under your skin and stay.

Grandad went to the Mental Hospital

when we were in Wellington, he made us

they came in a brown parcel in the post.

Then on a Sunday Mum got a phone call.

he killed himself in the garage, he drank some poison.’

I aw the Irish Peach tree by itself at the back of the long yard.

Mum flew down and cleaned out the house. Nana came to stay.

I wore Mum’s rage, she chased me round and round the house

screaming while Nana stood with her hands up to her face.

light of the carriages, past the harbour to the city and then back again.

I stopped when Dad said I’d be made a ward of the state.

This book filled me with a warm glow – yes poetry can do anything and can affect us in so many vital ways, including the discomfort I felt reading Other – but on some occasions the deft translation of life, of everyday goings on, the view out the window, the family behaviours along with the losses, the absences, the deaths – produces poetry that is like a gold nugget. I need this. It restores me, it nourishes me, it reminds me that in poem empathy we witness humanity.