Starling 10 is not long out so I decided to celebrate this fabulous issue with a wee poetry reading. Starling was founded by Louise Wallace and is co-edited by Francis Cooke. It is a meeting ground for writers in Aotearoa under 25. Long may it continue. I love the way we now have a community of Starlings bringing us poetry delight in all tones and hues. Bravissimo!

Read Starling 10 here, along with a feature on Selina Tusitala marsh and a cool interview with a bunch of Starlings.

Cerys Fletcher reads ‘I Am Scared Everyone Will Die’

Pippi Jean is seventeen and has yet to decide on a music taste. Her work has appeared in Signals, Starling, Poetry NZ Yearbook, Overcommunicate and Toitoi. Last year she was a finalist in the National Schools Poetry Award.

Cerys Fletcher (she/her) is in her first year at Te Herenga Waka. She is in love. She can be found on instagram as @cerys_is_tired.

Rachel Lockwood is Hawke’s Bay born and bred but now living in Wellington and studying a BA at VUW. She was a 2019 National Schools Poetry Award finalist, and has previously been published in Starling.

Caroline Shepherd is a Victoria University student who has been published in Mimicry, Starling and Stasis. She studies English and Public Policy, has a really big voice, and wouldn’t go to the space even if you paid her.

Roman Sigley is non binary, a poet and honours student, an aspiring lesbian heartthrob, French-Kiwi, from Tāmaki-Makaurau. Changed their name this year. Just got published over lockdown in Stasis Journal and Starling Magazine. Finds being perceived a truly incomprehensible experience but is happy to be here.

Joy Tong is a student, writer, musician, professional cat-petter and basil plant enthusiast from Auckland. You can spot her work here and there, like in Signals, Starling and Flash Frontier. She was also the youth winner of the 2019 Sunday Star-Times short story award. 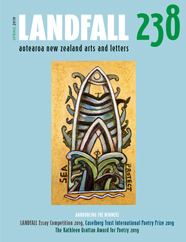 I am finding literary journals very satisfying at the moment. They suit my need to read in short bursts throughout the day. Landfall 238 came out last year but the gold nuggets keep me returning. Is our reading behaviour changing during lockdown? I read incredibly slowly. I read the same poem more than once over the course of a week.

Helen Llendorf’s magnificent ‘Johanna Tells Me to Make a Wish’ is a case in point. It is slow and contemplative, conversational and luminous with physical detail. She starts with chickens, she stays with chickens, she intrudes upon herself with long parentheses. It feels like a poem of now in that way slows right down to absorb what is close to home. 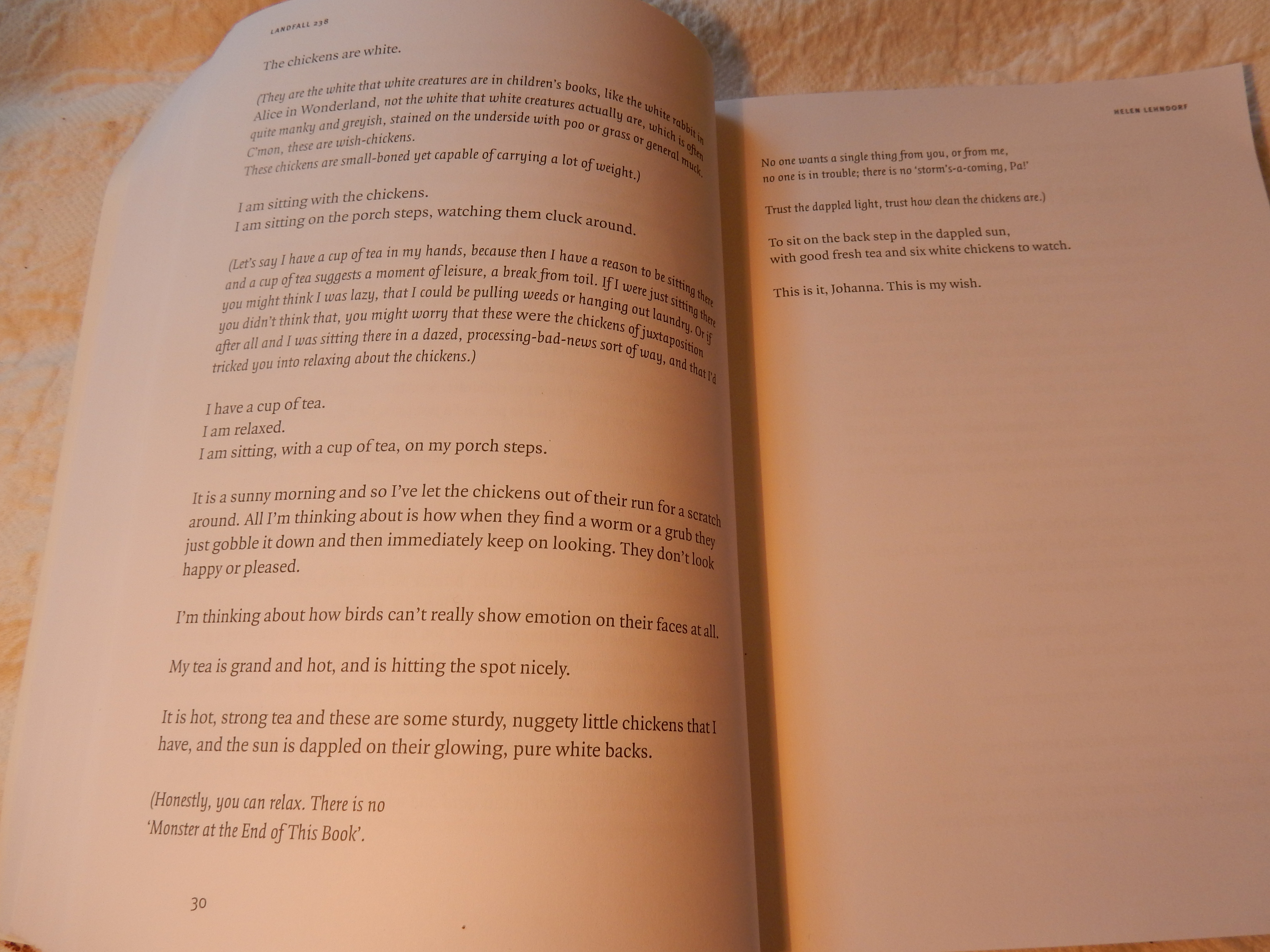 Tobias Buck and Nina Mingya Powles’s winning essays are terrific. Two essays that in different ways, both moving and exquisitely written, show distinctive ways of feeling at home in one’s skin and navigating prejudice. Both have strong personal themes at the core but both stretch wider into other fascinations. Would love to read all the placed essays!

I also want to applaud Landfall on its ongoing commitment to reviewing local books, both in the physical book and in Landfall Review Online. Review pages whether in print or on our screens seem like an increasingly endangered species. Landfall continues to invite an eclectic group of reviewers to review a diverse range of books.

To celebrate this gold-nugget issue – I have invited a handful of poets to read one of their poems in the issue.

Make a cup of tea or a short black this morning, or pour a glass of wine this evening, and nestle into this sublime poetry gathering. I just love the contoured effects on me as I listen. I have got to hear poets I have loved for ages but also new voices that I am eager to hear and read more from.

Welcome to the Landfall 238 audio gathering!

Louise Wallace is the author of three collections of poetry published by Victoria University Press, most recently Bad Things. She is the founder and editor of Starling, and is looking forward to resuming a PhD in Creative Writing. Her days in lockdown are filled with visits to the park, bubbles, playdough, drawing, and reading the same handful of books over and over with her young son who she loves very much. 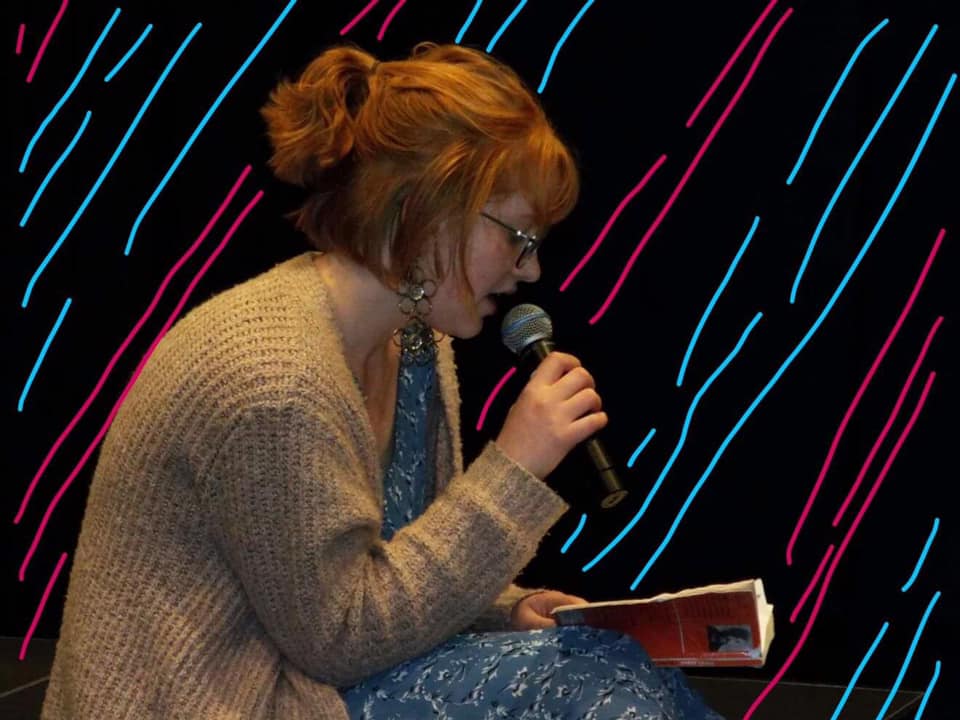 Cerys Fletcher (she/her) is in her first year at Te Herenga Waka, splitting her time between Te Whanganui-a-Tara and her home city, Ōtautahi. When possible, she frequents open mics and handmakes poetry zines. She was a finalist in the 2018 National Schools Poetry Awards and the winner of the Environment Canterbury Poems on Buses competition in 2019. She has been published in Landfall and A Fine Line. She does NOT like men who hit on you while you’re making their coffee. She is online & probably wants to talk to you (instagram: @cerys_is_tired. email: cerysfabulousfletcher@gmail.com).

Rachel reads ‘The place of the travelling face’

Rachel O’Neill is a writer, filmmaker and artist based in Te Whanganui-a-Tara, Aotearoa. Their debut book One Human in Height (Hue & Cry Press) was published in 2013. They were awarded a 2018 SEED Grant (NZWG/NZFC) to develop a feature film and held a 2019 Emerging Writers Residency at the Michael King Writers Centre. Recent poems appear in Sport 49, Haunts by Salty and Food Court, and Ōrongohau | Best New Zealand Poems 2019.

Peter reads ‘what she knows’

Peter Le Baige has been writing and performing poetry since the first session of the legendary ‘Poetry Live’ weekly poetry readings in Auckland in 1981. He has published two collections of his very early work, ‘Breakers’ 1979, and ‘Street hung with daylit moon’, 1983, and whilst living abroad for 23 years, mostly in Asia and China in particular, has continued to write. He has been previously published in Landfall and was one of the cast for the ‘Pyschopomp’ poetry theatre piece at Auckland’s Fringe Festival in 2019. 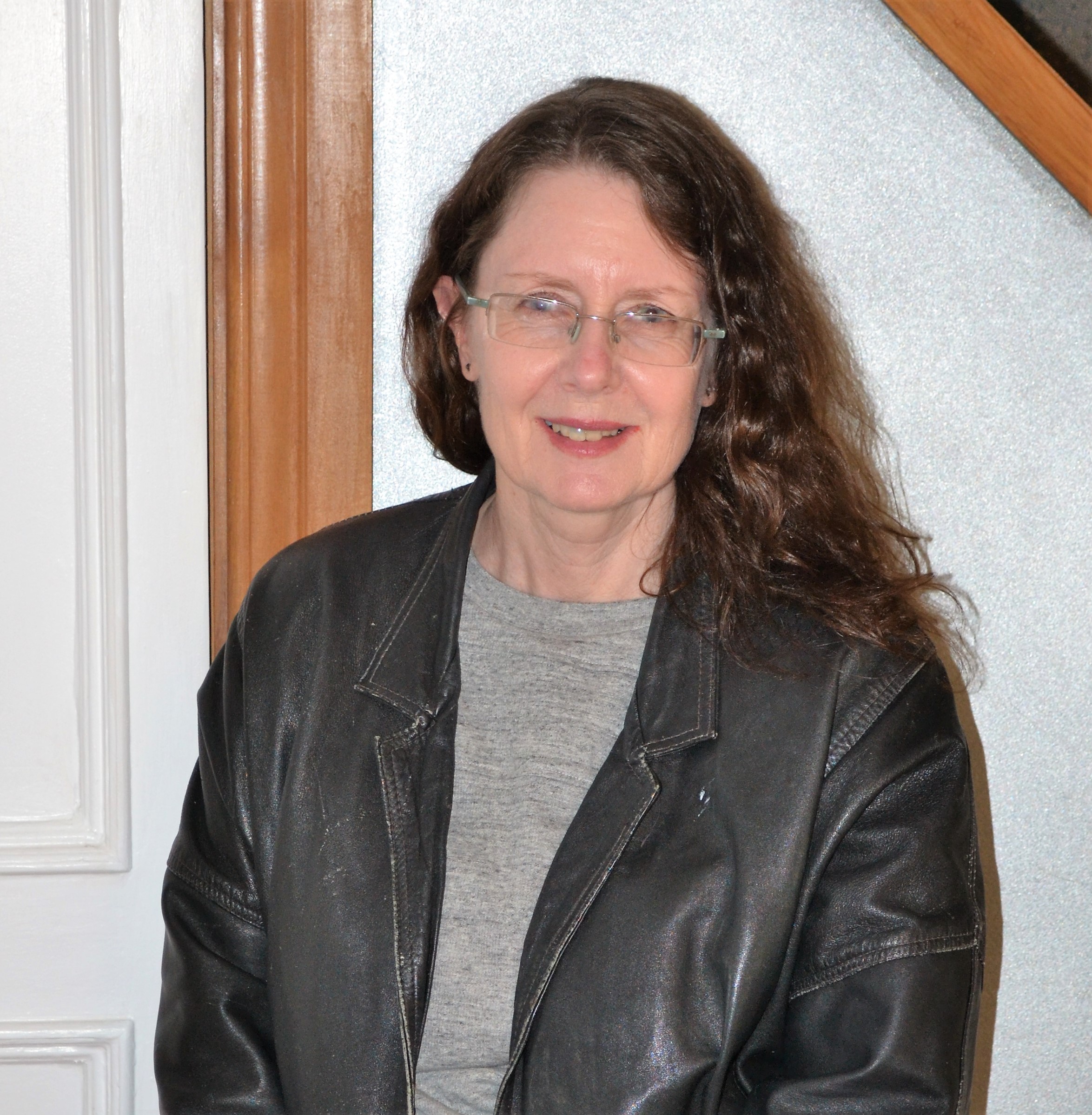 Jenny reads ‘Not All Colours Are Beautiful’

Jenny Powell is a Dunedin poet. Her latest collection of poems is South D Poet Lorikeet (Cold Hub Press, 2017). She is currently working on a new collection based on New Zealand artist, Rita Angus.

Annie Villiers is a writer and poet who works in Dunedin and lives in Central Otago. She has published three books; two in collaboration with artist John Z Robinson and a novel. She is currently working on a travel memoir and a poetry collection.

Iona reads ‘Portal to the stars’

Iona Winter writes in hybrid forms exploring the landscapes between oral and written words. Her work is created to be performed, and has been widely published and anthologised. She is the author of two collections then the wind came (2018) and Te Hau Kāika (2019). Iona is of Waitaha, Kāi Tahu and Pākehā descent, and lives on the East Otago Coast.

Stacey Teague, Ngāti Maniapoto/Ngāpuhi, is a writer from Tamaki Makaurau currently living in Te Whanganui-a-Tara. She is the poetry editor for Scum Mag, has her Masters in Creative Writing from the International Institute of Modern Letters, and has three chapbooks: Takahē (Scrambler Books, 2015), not a casual solitude (Ghost City Press, 2017) and hoki mai (If A Leaf Falls Press, 2020). Tweets @staceteague

Mark Broatch is a writer, reviewer and the author of four books.
He is a former deputy editor at the NZ Listener and is a fiction judge
for this year’s Ockham NZ Book Awards. His poetry has been published
in Landfall and the Poetry NZ Yearbook. 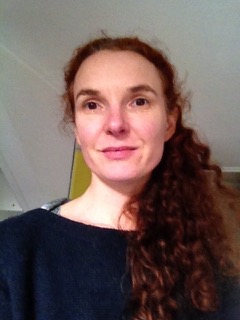 Susanna Gendall’s poetry and short fiction have appeared in JAAM, Takahē, Sport, Geometry, Landfall, Ambit and The Spinoff. Her debut collection, The Disinvent Movement, will be published next year (VUP).