Following on from our February Lit Reads Book Club, we are extremely pleased to welcome Anne Kennedy to join us to talk about her book, The Ice Shelf.

Anne Kennedy is an inventive poet and fiction writer. She has also developed scripts and worked as an editor. In her first two collections of poetry, the poems appear in sequence, and focus on female protagonists. While her first book explores domesticity and motherhood, the second is focused on a family of giants, particularly a young woman giant. Her poems and short stories have been included in anthologies and journals, and she has received several key awards. Her collection, The Darling North, won the poetry category at the 2013 New Zealand Post Book Awards. 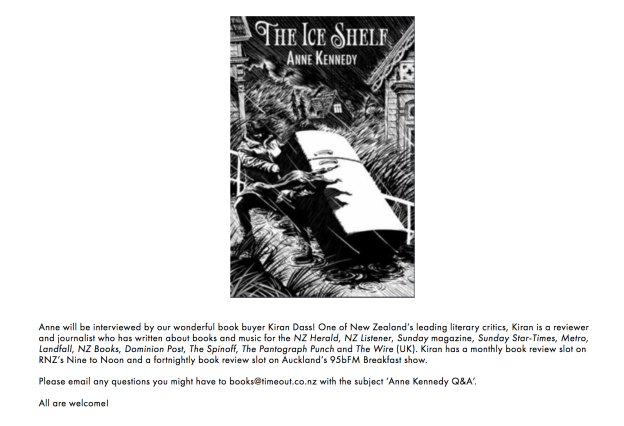