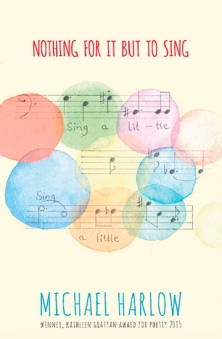 “As both Prime Minister and Minister for the Arts, Culture and Heritage, I am delighted to congratulate this year’s recipients of the Prime Minister’s Awards for Literary Achievement. Each of these writers has broken new ground in their art form and helped lead the way for others.”

Each will be awarded $60,000 in recognition of their outstanding contribution to New Zealand literature. Renée will be honoured for fiction, Wystan Curnow for non-fiction, and Michael Harlow for poetry.

Every year New Zealanders are invited to nominate their choice of a writer who has made a significant contribution to New Zealand literature in the genres of non-fiction, poetry and fiction.

Nominations are assessed by an external expert panel and recommendations forwarded to the Arts Council of Creative New Zealand for approval. This year’s selection panel was Jill Rawnsley, John Huria and Murray Edmond, chaired by Lauren Hughes.

“This year’s recipients join a tradition of writers who have shaped the way we see and understand ourselves as New Zealanders – Janet Frame, Margaret Mahy, Bill Manhire and Dame Fiona Kidman to name just a few. Reneé, Wystan and Michael’s awards are richly deserved and will inspire future generations of Kiwi writers,” Jacinda Ardern said.

The awards will be presented at a ceremony at Premier House in Wellington on Monday 15 October.