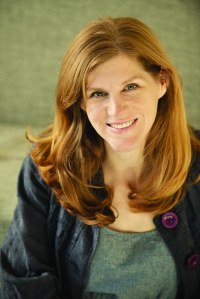 Frances Samuel was a graduate of Bill Manhire’s Creative Writing programme in 2003. Sleeping on Horseback is her debut poetry collection and it is utterly marvellous. In all my years reviewing books, I have never made this link before, but reading the poems brought to mind the strength and beauty of Bill’s poetry. It’s not like I stumbled across a Bill clone, far from it, but I entered a similar effect of economy, musicality, eclectic detail, roving wit and an ability to surprise or catch a moment in brightness (or darkness). This is a tremendous debut.

An early poem, ‘How to draw spires,’ has taken its title from the contents page of How to Draw Churches and Cathedrals. One bit advice from the poet: ‘When you feel yourself distracted/ pretend you are a horse in blinkers.’ This is a bit like poetry — the way the whole world dissolves when you are caught in the moment of the poem. That is what happened as I read this book. Yet poetry also comes out of distraction as you are lifted outside the Be-Here-Now moment to the puzzling, surprising enervation of elsewhere.

So many stand-out poems. I love the fablesqueness of some.  One poem begins like this:

in the very earliest time

autumn leaves stretched to the sky

raking the reds and pinks

Frances borrowed these lines from an Inuit poem and rebuilds a poem that tells a fable-like story as well as signalling a painting viewed. You move from ‘The grass was an extended family’ to ‘ before the human knew it/ thy had grown like the trees to the sky.’ The poem is rich in movement: aurally, visually, semantically.  Another poem that embodies such exquisite motion (and thus poetic life) does so to an even greater degree perhaps. ‘Vending machine’ is a poem that veers from fable to the surreal to real life and back, and is like a meditation on loneliness or desire or dreaming or dislocation-that-transmutes-to-selflocation by way of the catalyst machine. I adore this poem. The machine gives her ‘a walnut shell/ a rectangle of paper/ and four grains of rice.’ Thrown over her shoulder, because they are no antidote or balm for loneliness, they become boat:

the paper curved into a sail

the rice grains unravelled into long strings from its corners

and the walnut shell was big enough

for the girl to step inside.

Wry humour is an appealing feature of a number of poems. There is the amusing wit as Leo Tolstoy talks to a pigeon in ‘Leo Tolstory talks imperialism.’ Or the nostalgic flips as we meet (again) the very hunger caterpillar (‘I see the hungry caterpillar’).

Sometimes it is the visual potency and startling connections that arrest you. ‘Ice on cobblestones’ showcases the power of cold to infect and penetrate all detail, to be hyperreal like a strange and contagious dream, and the poem becomes a glorious rendition of snow and white that prompts melody as much as it does a semantic feast:

cheese and butter are snow

milk and skin are snow, shortbread

yes is snow and no is snow

wool is snow and socks are snow

pasta and rice are snow, paper

France’s debut book offers a symphony in shifting tones, silences, achingly beautiful chords across pages. There are hinges between one poem and the next whereby stone here becomes  stone there, or autumn, or snow. You travel through seasons and places and people, and by the end of the book you reach the intimacy of the domestic, of the baby, the tiny person where love and wonder lock fingers. I loved this book.

Thanks to VUP I have a copy to give to someone who likes or comments on this post.