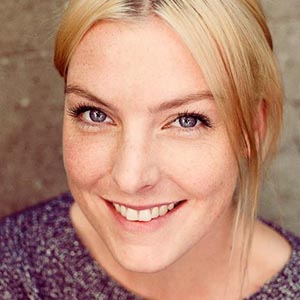 Victoria University Press recently launched Gathering Evidence, the debut collection of Caoilinn Hughes (it is also being published by Carcanet Press in the UK). It is a debut collection, but Caoilinn has a significant track record to date. She graduated from Queen’s University in Belfast with a BA and a MA, and after doing various things (including writing novels at the weekends and working for Google), she enrolled in a PhD at Victoria University. The poems, too, have a fine pedigree—some won the 2012 Patrick Kavanagh Award and others the 2013 Cúirt New Writing Prize. She then won the 2012 STA Travel Writing Prize and the 2013 Trócaire/Poetry Ireland Competition. The book itself comes with a terrific endorsement by Bill Manhire on the back.

Caoilinn’s collection draws upon the richness of the world—her poetic tentacles reaching out in all directions to take hold of snippets of information, dialogue, recollection, facts, insight. Her lexicon is vibrant, challenging, eclectic as she shifts from scientific jargon to Spanish to Italian to plain language to language that sings and shines. There is a density on the page in terms of both meaning and accumulating detail and phrases—and it is as though you are within a sumptuous painting on the cusp of the Baroque and of the Renaissance. Not that this writing belongs in another time, it is most definitely, most gloriously, of our times.

The collection, more than anything, delights in the scientific. Caoilinn exhibits a penchant for scientific thought (how to translate and inscribe within poetic form); the alchemical link, the chemical reaction, the physical dance, the scientific anecdote. At times she stands in the shoes of other scientists not only to explore science itself, but also to invent and reproduce miniature, historical narratives. In ‘Rational Dress,’ Marie Curie is seen as much in the light of her clothing as she is in view of her prize-winning discoveries:

She wore her dark blue wedding dress for years on end

in the shed laboratory – once medical dissecting room –

at l’École Supérieure, filling its pockets with painstaking findings.

[and a little later in the poem]

On this, society would insist. Pierre had to speak on her behalf

at the Royal Institution, as she sat, hands knotted in the encumbrance

of her skirt. So off the record was she that the Nobel Committee

needed reminding of her work. Was it physics, chemistry or both?

Such a focus upon attire, makes the poem even more poignant.

In ‘Pacific Rim,’ the poet has her ear to the earth’s tremors, and again she renders a scene vivid through her concatenation of phrasing and detail (this is a poet of fertility rather than economy). The final verse resonates in the aching juxtaposition of children, cathedrals and split earth:

cathedrals spill their bricks of hymn upon their neighbours;

The thundering ground, fissuring walls, the sound of history’s footfalls.

So many poems stand out, but unlike many collections I read, every last line sent me back to the first (without exception), to read the poem again in order to absorb and relish the layers of sound and thought, revelation and curvature. Even pocket narratives, such as ‘Catechism,’ dazzle with each next detail, connection or trope:

My aunt cried ‘Up the Reds!’ between Hail Marys

and was sent to bed. It might have been half-deliberate

when she snagged the sacrament, launching Glory Bes

into the gluey hives and trenches of her head

What I loved about the book is the contoured reading experience—these poems take you from Bolivia to Peru to Ireland to New Zealand. They take you from the cusp of womanhood in the terrific ‘Dublin Can Be Heaven’ (the mother sneaking her daughters on an illicit train ride instead of school) to electric connections between time and love in two Roundelets. There is the inventive exploration of ‘The sound that precedes the writing of poems’ in ‘Is It A Kind Of Bell Toll.’ There is the reading of Waiting for Godot (it can’t be reduced to the gist!) with dressing gown, goosebumps and love:

You point to the window, where the curtain is parted like a sideways eyelid,

pretending to be asleep. Our neighbour is watching us: the meaning of life laid bare.

The gown has come undone and goosepimples are everywhere. I curtsey.

Caoilinn bucks the trend and offers no endnotes, copious or otherwise (and there are plenty of occasions to expand upon the context and scientific references), but these poems get to stand on their own feet and I rather like that.

To read this book is to step out of an itinerary of expectation and take flight within the imagination and intellect, the warmth and the gut feelings, the precision and the clarity, of a mind that roves in startling directions. It is a voyage you want to reserve and rebook. Wonderful!

Thanks to Victoria University Press, I have a copy of the book for someone who likes or comments on this post.

7 thoughts on “Caoilinn Hughes’ Gathering Evidence: To read this book is to step out of an itinerary of expectation”