Submissions are now open for issue 32 of JAAM literary journal. 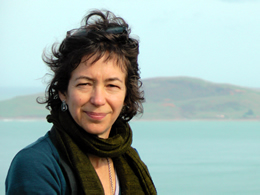 For this issue we are shifting south, and are delighted that Dunedinite Sue Wootton is our guest editor for our 2014 issue. Sue is probably best known as a poet – she has published three collections of poetry, most recently By Birdlight (Steele Roberts, 2011), and has won awards for her poems. But she’s also an experienced prose writer. Her ebook of three short stories, The Happiest Music on Earth, was published in 2012 and her children’s book, Cloudcatcher, came out in 2010. Sue has twice been a runner up in the BNZ Katherine Mansfield short story awards, has been a finalist in the Sunday Star Times and Royal Society of New Zealand Manhire Prize short story competitions, and has won the Aoraki Literary Festival short story prize.

The theme for JAAM 32 is ‘shorelines’, and Sue welcomes submissions that consider this theme from any angle, loosely, or not at all.

JAAM prefers emailed submissions. Send to jaammagazine@yahoo.co.nz, using ‘JAAM submission’ (or similar) in your subject line, so we know it’s not spam. Include your submission(s) in the body of your email. If you have particular formatting, you can also include your submissions in an attachment (.doc, .rtf, .pdf or any image file type is ok for images).

If you don’t have email, you can post submissions to:

Make sure you include a stamped self-addressed envelope for reply.