Day and night endlessly you have flown effortless of wing

over chest-expanding oceans far from land.

Do you switch on an automatic pilot, close your eyes

On your way to your home-ground at Otakou Heads

you tried to rest briefly on the Wai-o-te-mata

but were shot at by ignorant people.

Crippled, you found a resting-place at Whanga-nui-a-Tara;

found space at last to recompose yourself. And now

without skin and flesh to hold you together

the division of your aerodynamic parts lies whitening

licked clean by sun and air and water. Children will

discover narrow corridors of airiness between, the suddenness

of bulk. Naked, laugh in the gush and ripple—the play

of light on water.

You are not alone, Toroa. A taniwha once tried to break out

of the harbour for the open sea. He failed.

He is lonely. From the top of the mountain nearby he calls

Your head tilts, your eyes open to the world.

Hone Tuwhare has written so many beloved and iconic poems, but for me, this poem ­– ‘Toroa: Albatross’ – has always particularly resonated. It’s a poem about a bird that is so much more than a poem about a bird. The poem speaks of death, loneliness and homecoming. It crosses effortlessly from the physical world into the metaphysical. When I read this poem, I hear the voices of my departed tūpuna calling from the other side. I hear the ineffable beat of wings.

Kiri Piahana-Wong, Ngāti Ranginui, is a poet and editor, and is the publisher at Anahera Press. Kiri is currently working on the fourth edition of Māori literary journal Ora Nui, due out this September. 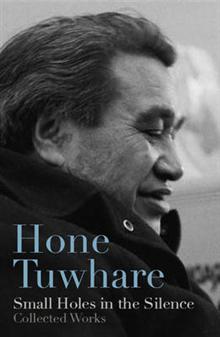