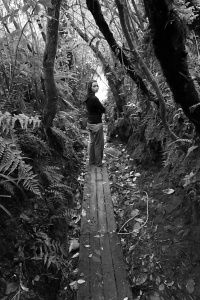 Louise Wallace’s debut poetry collection, Since June, was a delight. In my Herald review I saw it as ‘a satisfying mix of economy, elegance, strangeness, lightness, boldness and different personae.’  Louise was awarded the Briggs Prize in 2008 at The International Institute of Modern Letters. Since then her poems have been published in New Zealand (including The Best of Best New Zealand Poems), Australia and Germany. She has taught Creative Writing at Massey University and the Nelson Marlborough Institute of Technology for the past five years.

Victoria University Press has just released Louise’s second book of poems, Enough. This new collection reflects the geographical movement of the poet (she was raised in Gisborne, recently spent three years in Nelson and has returned to Wellington). It is a terrific follow-on in both scope and sensibility. Her poems have points of origin in diverse places — from the random-article function in Wikipedia (thus poems on Cooper County, Missouri, Breakfast Television, Whaling in the Faroe Islands to name a few) to Lynn Davidson’s lines in a collaborative artwork to Dorothy in Emily Perkin’s The Forrests. Such a vivacious mix of subject matter adds texture to poems that are light footed and sure. Again, Louise finds little kinks in reality, in experience and in anecdote to produce a collection that surprises and takes risks, but that also relishes large patches of calm and ordinariness.

The title itself stalls you. ‘Enough.’ Enough what. Enough how. The word twitches and trembles in its multiplicity of meaning, from the hand raised to stay stop, to the arms outstretched that signal plenty, to (as the title poem itself suggests) the fearsome possibility that nothing is ever enough. Placing that particular  title on the cover of the book, also whispers (oh so quietly) that to write poems is sometimes –provisionally and momentarily– enough (in the face of all other meanings). Perhaps reading and writing poetry can make the world, for an hour or an afternoon, more bearable.

I don’t see this collection as trying to fit or suit poetic trends. It is a collection written out of shifting movement, out of hurt and honesty and love. Alongside a mind inventing and imagining, this is a poet engaged with ‘the gestation of a second difficult book.’ The traces of living are hot spots. One poem, ‘Getting things done,’ is like a secret, narrative undercurrent throughout the book. The narrator moves, the narrator arrives, the narrator unpacks, the narrator gets things done. Having listed the visible signs of ‘doing’ the narrator climbs in a box with her cup of tea and ‘starts’: ‘She shuts the curtains on the outside world/ even though it’s very nice weather/ and there are sounds of children playing/ and then screaming and then she starts.’

This poem reverberated for me on so many levels. The little mantra ‘I will get things done‘ was followed by the isolated last line ‘she writes.’ The poem is testimony to the stamina required by women to maintain the domestic sphere and then to make space for themselves (to do, if not to be). Making the box is making room in the head, away from domestic routine, the clutter and the demands to a moment of stillness and quiet. Making the box is also making the poem. The poet can climb into the poem with her blocked ears and her inky pen. The acute register of the final line is in the way the two words echo and rebound in the cavity of history — in the way women have always had to make a box (a room, a space, a moment) from which and in which to write (Louise’s first collection poignantly acknowledged the women who had preceded her). This simple poem opens out into marvelousness.

Louise’s poems can sidestep out of doubt and anxiety with such poetic agility the dark feeling exposes something completely other – a quirky image, a surprising ending, humour, startling detail. In ‘In the end,’ the detail of the head being stoked opens a new view of the grandmother, and it is very moving.

You fall upon juxtapositions that add to the humour, anecdote or heart of the poem. In ‘A hand’ an old woman refuses the narrator’s help, so the latter imagines herself (bitterly at first) as an old woman and then laughs: ‘The round of my head/ against the car park grey.’ I love the way ‘grey’ is the miniature prefigurement of old age and grey hair. In ‘Well how would you be about it’ someone watches the meals on wheels being buried in the garden: ‘Her neighbour watches and reports back — / the no-good little tell-tale tit.’ Or the delicious leap from ‘a grisly stew’ of worry to a hat made of peacock’s feathers in ‘The feathered hat.’

The structure of Louise’s collection works beautifully, with its movement from prose poem to poem to little poem to bite-size poem and hither and thither. Wherever you look there is energy — whether in the plainness, the heart, the anecdotal swivels, the hesitations, the repetitions or the idiosyncratic detail. This is a poetry collection to savour.

Thanks to Victoria University Press I have a copy of Enough to give away to someone who comments on this post by Thursday 31st October.

Review of Since June in the Otago Daily Times

Saradha Koirala’s second collection, Tear Water Tea, arrived in my post-box in style this week. It was wrapped in blue tissue, with a tracing-paper tag embossed with with a bee. Imagine if all poetry books were delivered to us like this. The book, itself, is beautiful to both hold and behold.   Delicate black & white drawings of flowers scroll about the powder blue — and then you shift from skull to lego block to bee to teapot (or whatever route your eye might take). David Randall Peters, the artist, also did the faint, vein-like, pool-like drawings scattered inside.

Saradha’s new book flutters between the physical world (a land-locked bird, an escaping dog, a sheetless bed) and a more ephemeral world (blown kisses, things in the air, melting photographs, smoke, ink tears, vapour). What emerges in this poetic movement between what is observed physically, intuitively and at times unfathomably are the strong and lyrical threads of love, home, and place that glue the collection together. It is as though the poet is inviting us into her family album, a poetry diary of sorts, and each poetic entry is lovingly crafted.

While much of the collection adopts a quiet, almost conversational tone (back to Andrew Johnston’s notion that much of New Zealand poetry is talky), the collection as a whole offers the variations of a musical piece. Certain phrases ring deliciously in your ear (‘colourless in corners and stiff’ ‘I pull my temper’). Analogies surprise (‘and yet months pass like clouds’). In some poems, the words accumulate in lush patches of alliteration and assonance (‘Arat’). Then there is the way everything comes together in the one shimmering line (‘no need to read the residue/ of forests strewn like tea-leaves on the lawn’).

The opening (and title) poem is a delight (‘Tear Water Tea’). It lays down three slender strands within its slender form, and you cannot help but swim through the gaps. Poetry so often comes alive out of juxtaposition. Here, storytelling is placed next to grief which is placed next to daily routine. There is accruing mystery about the boy and his imagined wolf, a story that gets repeated in order perhaps to dislodge grief. There is the rip that is also sorrow,  that a cup of tea might wash away (there, there). There is the kettle put on — oh, the salty tears that masquerade for water — as you speak and as you listen. There is this strand collapsing into that strand, and so on and so forth. Poetry can take many forms and employ language in a thousand ways, but there is something immeasurably satisfying about small poems that are economical, graceful, mysterious (Bill Manhire is a whizz at this!). Thanks to the publisher and the poet I have reproduced the poem below.

Saradha’s second collection is a larger version of the small poem that introduces it: pleasurable, contoured, refined. A little gift, indeed.

Over and over they told me the story:

a boy, an imagined wolf.

As if sorrow can be likened to mischief.

I hold the teapot in both hands

Saradha resides in Wellington and has taught English in secondary schools since 2005. She is of Pakeha and Nepali descent, and holds a Masters in Creative Writing from the International Institute of Modern Letters at Victoria University. Her new book was recently launched at the fabulous Quilters Bookshop in Wellington. Her debut collection was entitled Wit of the Staircase. See below for further links. 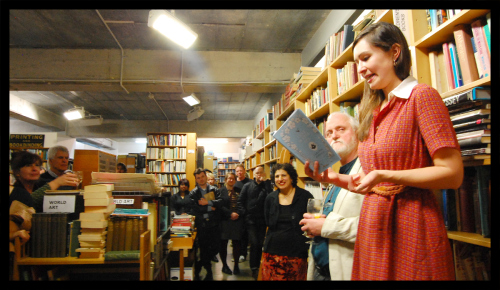 An interview with Tim Jones

New Zealand Poetry Society on Wit of the Staircase