Following on from from my invitation to NZ poets and fiction writers to share a book that has given comfort or solace, I have extended the invite to some of our nonfiction writers.

I am so aware that to write and work at the moment is not easy. I am so grateful for these contributions in these extraordinary circumstances.

In the middle of the night recently, when I couldn’t sleep, I plugged RNZ National in my ear. I found myself listening to a podcast of Rebecca Priestley in conversation with Lynn Freeman at this year’s Wellington Writers Festival. I have her book in a parcel I am waiting to unwrap. A treat when my anthology ms gets to PRH!

I was utterly transported listening to Rebecca read an extract from Fifteen Million Years in Antarctica (VUP). The writing is elegant, personal, moving. The subject matter is fascinating. I was soothed and inspired and riveted. I can’t wait to open my treat parcel.

I am in the middle of William Woodruff’s fabulously evocative memoir of his childhood in the 1920s English mill town of Blackburn, Road To Nab End. As a writer I am trying to figure out exactly what it is that he does to make the whole thing come alive – you can just see this little boy running barefoot through the cold damp streets; smell the smoke from the fires and hear the shouts of the neighbourhood fights. His childhood is in many ways desperately impoverished yet there is joy as well as sadness. He draws his characters so well and I just want to keep reading.

This is my favorite of the Little House on the Prairie books. It charts the seven month long winter the Ingalls’ family lived through in De Smet, South Dakota. Snow bound, endless blizzards raging, stuck indoors, food and fuel dwindling, the train could not get through with coal or supplies and the town almost starved. A lamp is made with a button, calico and axle grease, they twist sticks of hay to burn in the cookstove, and two men risk their lives to buy grain from a lone farmer out on the prairie. In the midst of deprivation there is hope, endurance and ingenuity. I started the lockdown with some grand plans, hoping to get stuck in to some heavy political and social tomes to make sense of these times. But I couldn’t do it. My mind wouldn’t focus. So if you’re like me and struggling to concentrate while reading, I’d recommend Casey Cep’s Furious Hours. It’s a riveting read that blends true crime with social and literary history, following Harper Lee and what she hoped would be her follow-up after To Kill a Mockingbird. Lee never wrote it. Yet in telling the story of why, and by diving into the Alabama serial killer Harper had hoped to write about, Casey Cep does it for her. Furious Hours has won a swag of awards, and for good reason. It’s a page turner that’s thoughtful and accessible.

The book I recommend people read in these challenging times is The Woman in White by Wilkie Collins. I read it when I was a teenager and it was suspenseful and vividly told. An early prototype for the detective novel, it’s full of intrigue. It deals with the desperately unequal rights of sweet guileless Laura Fairlie in her forced marriage to the scoundrel baronet Sir Percival Glyde. This novel offers a complete escape from reality. All your grey cells will be caught-up in solving the mystery.

I choose The Book of Disquiet – the complete edition, by Fernando Pessoa, translated by Margaret Jull Costa and edited by Jerónimo Pizarro (Serpent’s Tail, 2018). Because you can open it at any page and there find consolation, even wisdom, without sentimentality and without affectation either. Also it’s funny, so long as you are willing and able to laugh in the shadow of the gallows. It’s beautiful too. Here’s a paragraph selected at random:

The coming of autumn was announced in the aimless evenings by a certain softening of colour in the ample sky, by the buffetings of a cold wind that arose in the wake of the first cooler days of the dying summer. The trees had not yet lost their green or their leaves, nor was there yet that vague anguish which accompanies our awareness of any death in the external world simply because it reflects our own future death. It was as if what energy remained had grown weary so a kind of slumber crept over any last attempts at action. Ah, these evenings are full of such painful indifference it is as if the autumn were beginning in us rather than in the world. (#319, p. 294) 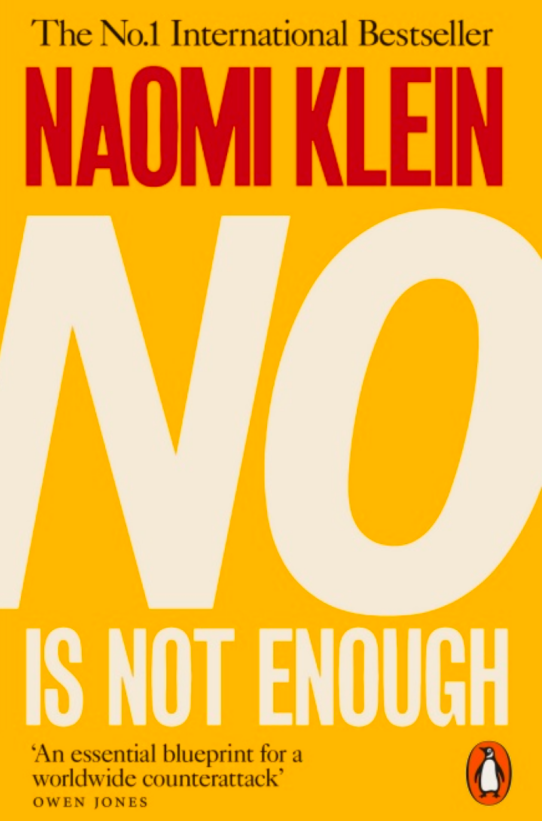 Unusually I have four books on the go, all of which I’ve read before. Probably inevitably each one seems to offer some perspective on our COVID-19 situation.

I’m teaching Truman Capote’s In Cold Blood and Jean Rhys’s Wide Sargasso Sea from lockdown. This requires some in-depth re-reading as I turn my lectures into on-line teaching modules. Capote’s initial impulse for In Cold Blood was to explore the way one horrific event, the shotgun executions of the Clutter family, might rupture and reshape a previously safe and peaceful community. His masterpiece is remarkable for the extent to which he exceeded those early intentions, taking time to understand (or else imagine) the perspectives of everyone involved, including the murderers. Rhys does something similar in Wide Sargasso Sea by imagining a life for Jane Eyre’s terrifying madwoman, Bertha Mason, the wife Rochester imprisoned in his attic. I wonder to what extent those with the power to shape our post-coronavirus future will accommodate different perspectives and give a voice to the voiceless?

Philip K. Dick’s Do Androids Dream of Electric Sheep has been on top of my reading pile since before the pandemic. I’m not sure why I decided to re-read it. I don’t enjoy it much—every time I emerge from a chapter I feel like I need to wash off kipple dust. But for a book written fifty years ago, it is chillingly, brilliantly prescient in its depiction of life in a world sickened beyond humanity’s capacity to cope.

As far as non-fiction goes (I don’t mind debating which genre Capote belongs to), I’ve been re-reading Naomi Klein’s No Is Not Enough: Defeating the New Shock Politics. Klein published this in 2017, but much of it is so apposite it’s like she wrote it yesterday. I wish I could quote her entire conclusion, but as I can’t I’ll quote just this:

But crises, as we have seen, do not always cause societies to regress and give up. There is also the second option—that, faced with a grave common threat, we can choose to come together and make an evolutionary leap. We can choose, as the Reverend William Barber puts it, “to be the moral defibrillators of our time and shock the heart of this nation and build a movement of resistance and hope and justice and love.” We can, in other words, surprise the hell out of ourselves—by being united, focused and determined. By refusing to fall for those tired old shock tactics. By refusing to be afraid, no matter how much we are tested. (p. 266) 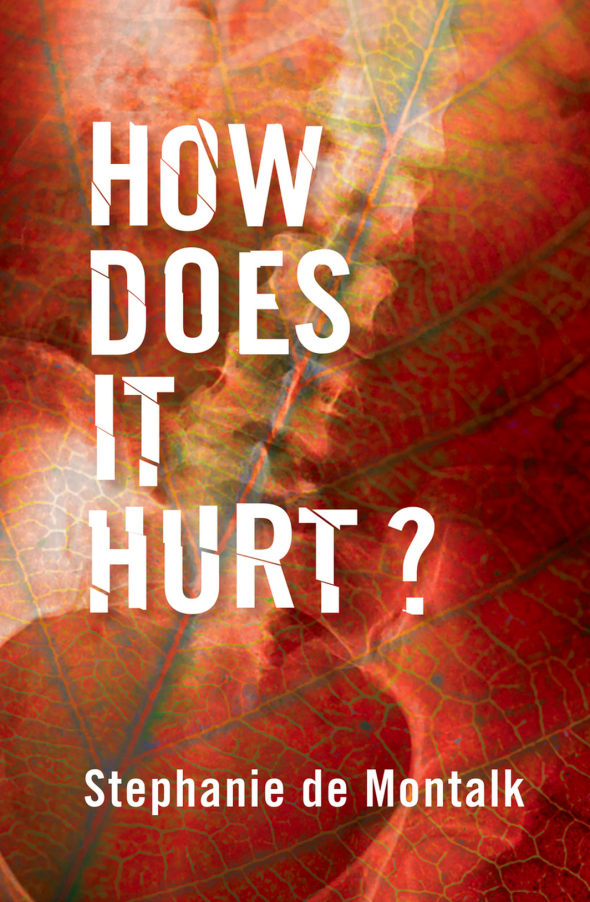 Is it possible to be solemn and lively at the same time? To be intellectually dexterous (and rigorous) yet emotionally charged (and driven)? Stephanie De Montalk’s 2014 memoir/book-length-essay How Does It Hurt? is centred on a personal experience of chronic pain. Despite the anxiety and trauma that engendered it, the book is commendably–miraculously, in fact–free of self-pity and maudlinism. How Does It Hurt? is a book that reaches out–generously, intelligently and plausibly–beyond the circumstances of its making to celebrate the life of mind and soul. An earlier book by De Montalk, Unquiet World–The Life of Count Geoffrey Potocki De Montalk, is another unique and unexpectedly uplifting creation. Years back, Michael King said to me that he thought Unquiet World was one of the best books ever written in Aotearoa. I doubt either of these books quite reached the wide audience they deserved. Both of her non-fiction works, and the flotilla of poetry collections that sail alongside them, are edifying and consoling. Whether we, her readers, are confronting Covid-19 or cycles of human life and death more generally, these books are a spirited engagement with what it means to be interestingly, if at times paradoxically, human. There’s strength in that.

Elspeth Sandys A Communist in the Family: Searching for Rewi Alley, OUP 2019

Every reader loves a quest story, where the hero or heroine sets out on a journey to fulfill a challenge, reach a mythical destination, or find her particular holy grail. Jackie Kay’s Red Dust Road is a quest story disguised as a memoir. Born to a white mother and an African father, Jackie was adopted into a loving, highly energized Glaswegian communist family. Red Dust Road tells the story of her search for her birth parents. As she crosses continents, bridging racial and religious divides, she faces challenges that range from the hilarious to the devastating.

It’s an astonishing story, reminding us that even in the pre-pandemic world, connection is what matters. Only by acknowledging our shared flawed humanity can we hope to survive.

Peter Simpson (Colin McCahon: There is Only One Direction, AUP)

In such strange times I take solace from any book in any genre which is absorbing, well-written and on a subject that deeply interests me. A non-fiction title which easily fulfils all these categories is The Yellow House: Van Gogh, Gauguin and Nine Turbulent Weeks in Arles by Martin Gayford (Penguin, 2006). The title explains the subject of the book and its scope. It focusses on a celebrated episode from art history ending with van Gogh’s notorious act of self-mutilation, which is usually described from the perspective of one artist or the other but not from both. By focussing on such a brief period in the lives of both artists Gayford is able to write in great detail drawing on multiple points of view. I have read several of Gayford’s books. He writes the kind of art history I aspire to write myself, in that it is scholarly and visually well-informed but written in an accessible style for general readers not just specialists. He also makes great use of letters, paintings and other contemporary documents as I like to do myself.

You wouldn’t read about it, my mum used to say, constantly gobsmacked at how real life outdoes art when it comes to marvels, miracles and messes. I love fiction but I’ve taken particular solace from the singularity of lives not made up but valiantly lived on this increasingly improbable planet. Before I began piecing together the fragments of my own family, the Bloomsbury Group were my fantasy surrogate tribe. To the Lighthouse was good. Snapshots of Bloomsbury: The Private Lives of Virginia Woolf and Vanessa Bell was thrilling.

In the reading life, a book of endless consolation can be a comic about the Holocaust. Art Spiegelman’s Maus is autobiographical. Nothing less would allow him to get away with his risky, agitated drawings of Jews as mice, Nazis as cats, Poles as pigs. Almost immediately they are just characters making choices or having all choice taken away from them. Spiegelman’s parents were survivors. The brother he never knew was poisoned by an aunt when capture by the Nazis seemed inevitable. His material has included the suicide of his mother and his own mental breakdown. He made comics about it all that are audacious and, especially in the relationship between Artie and his dad Vladek in Maus, often funny. “From this you make a living?” his father once asked Spiegelman. Maus is a comic book about the effort it takes, after losing everything, to hang onto anything. It’s worth hanging onto.

1 thought on “Poetry Shelf connections: Nonfiction authors offer a book that has given comfort or solace”