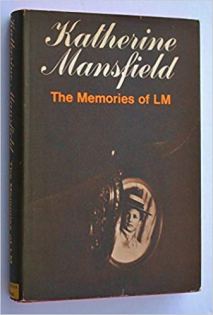 Three books that made an impact on me at different points in my life. At the time of writing this, it is not long since my Dad died with end stage dementia and I miss him deeply and find myself reflecting on when I was much younger and the books that impacted on my life then.

When I was 14 as a family we shifted from Christchurch to Lower Hutt and I had received a book voucher for Christmas. I walked along the stopbank into the Hutt’s High Street and Whitcoulls and picked How Green Was My Valley. I remember being enveloped in the world of the village. I still have the book although I never read it again as I didn’t want to break the spell of that summer. From then until my mid 20’s I devoured books set in England, Ireland, Wales and Scotland in the 19th century. I was discovering I think the creation of other worlds in which I recognised myself, I romanticised, and was nostalgic for, a time I never lived in.

When I was 16 and at Nae Nae College a classmate Ross said “You should read Slyvia Plath”. I started with Ariel which I bought from the Horizon Bookshop in Lower Hutt where I would be working in 3 years time. In my teens I was struggling to find my way in difficult circumstances and wrote lots of sad introspective poetry. When I read Sylvia Plath I was shocked I think by the powerful way words could be used, how they encapsulated the domestic and the mysterious although I couldn’t have told you that then.

In 1973 I had left school and was working at the National Library on The Terrace, and I lived in Thorndon. After work I would haunt Roy Parsons bookshop on Lambton Quay and for Christmas that year I requested my parents buy me Katharine Mansfield, the Memories of LM. I read it lying on the bunk at the bach at Waikuku where we went for 2 weeks every Christmas. I dreamed of being a writer in London. I still have this book and have read it many times, it takes me back to that summer, to being young and to my strong dream and desire to be a published writer. It would be 46 years before I had the courage to produce a book. I was able to share it with my Dad before he died and read his poem to him.

Victoria Broome works as a mental health clinician in Primary Care mental health in Christchurch, she has been writing for many years and been published in various journals and anthologies and had her first chapbook How We Talk To Each Other published in March this year with Cold Hub Press.