‘Memoir is a place to illuminate, not seek revenge.’ Elizabeth Knox

‘The Villa is a book of 100 tiny pieces. That’s how my brain was. Everything had fallen to pieces. I was writing in a state of shock.’ Fiona Farrell

‘I am a product of socialism and feminism.’ Fiona Farrell

‘We are not just a who or a what we are also a here.’ Martin Edmond

‘Archives are as questionable as memory.’ Martin Edmond

‘Poems have tended to ambush me every few decades.’ Fiona Kidman

Yesterday there was a flurry of writers on social media suggesting the Ruapehu Writers Festival was the best festival ever. I have loved the richness and discoveries of so many other festivals, along with the family warmth of Going West. Yet this festival was special. The best ever.

The setting: The mountain to the north loomed large out of clouds, and on some days into bright blue sky. The mountain stream babbled past like a soothing mountain soundtrack. The trains punctuated sessions and we all stopped and listened to the comforting sound of travel.

The sessions: Not a single dud. Just smorgasbord of highlights. I do want to pick out a couple of presentations that struck a chord with me.

Merrilyn George shared Ohakune stories with Martin Edmond. Wow! I wish the whole country could have squeezed in to hear the way the local matters. Has mattered, does matter and will matter. It was Martin’s session too, but he let Merrilyn take centre stage with his little anecdotal prompts.

The fluency of my good friend Sue Orr when she got talking about place as character.

Three writers musing on the Desert Road: Fiona Kidman, Ingrid Horrocks and Fergus Barrowman (standing in for Nigel Cox). The conversation just flowed and the extracts were riveting. I have tracked down Ingrid’s essay, ‘A Small Town Event,’ in Sport 43. The sample stuck with me so I need to read the whole thing.

Elizabeth Knox‘s festival lecture, ‘On Doubt, Doubtingly,’  explored the implications and means of building memoir. Particularly in view of multiple selves, and the multiple reception and behaviour of selves. Elizabeth showed the way ideas can move, stimulate and challenge. Deliciously complicated and moving.

The children who came to my poetry session. Some as a result of my visit to Ohakune Primary School on the Thursday. I had an outstanding time there. This is a school where the teachers have already sown the fertile seeds of poetry. PS Jenny and Laughton Patrick did a great job getting the whole room singing!

Three writers talk on structure: Pip Adams, Emily Perkins and Fiona Farrell. This session got on National Radio because Fiona let her guard down and moved most of us to tears. I thought I was going to start sobbing out loud. Listening to Fiona read from The Villa at the End of the Empire — a book shortlisted in the nonfiction section of the Ockham NZ Book Awards — was extraordinary. Yet the session was this and was more than this. It embraced two other terrific readings and generated a conversation on structure that made me want to get writing.

Six writers read from Extraordinary Elsewhere: Essays on Place from Aotearoa New Zealand (forthcoming VUP). Ashleigh Young‘s detail kept ringing in my ear, along with the moving circularity of Harry Rickett‘s essay and the philosophical nuggets of Martin Edmond (which I tweeted throughout the session).

I was quite taken with the response of Tim Corballis and Thom Conroy (chair) in my session on POV. I just loved the way Tim proposed the leaf on the boy’s shoe acted as a transcendental point of view. Ha! Thom was an excellent chair.

The final session of poets was a perfect way to end. I discovered the poetry of Hannah Mettner and will go hunting for it in issues of Turbine. I loved hearing Fiona Kidman read from her new book (out next week) and Vana Manasiadis from her old. Magnolia Wilson was also a new find off the page (I had loved her foldout poems). A local poet and ex-librarian, Helen Reynolds read her poems in the quietest of quiet voices. We stretched forward, further and further into her reading. It felt like I was bending forward into the end/ear of the festival.

The atmosphere: Warm, intimate, stimulating, generous. The festival had the family flavour of Going West but in a mountain setting. At four thirty each day we spilled into the bar for a glass of wine and platters of gratis nibbles before the final sessions. We shared conversation and that conversation was infused with a common love of books. And an infectious engagement with ideas.

The chance(ish) encounters: Hearing Amy Leigh Wicks read poetry for the first time and having lunch with her. I am itching to write about her poems on the blog. Sitting under the cool of a tree and talking women’s poetry with Sarah Jane Barnett (she was there as reader, as were other writers!). Eating breakfast with the very lovely Fiona Kidman and talking about women’s poetry in the seventies. Meeting a man who lived next to Eileen Duggan but not getting to follow that revelation up (ah! rue!). Drinking coffee with Fiona Farrell and talking about how something in the air or on the page prompted us to let our guard down. Just a tad. Meeting old friends.

The special features: A band of writers cycled back from Horopito Hall with James Brown after hearing a session on cycling and poetry (ok Ashleigh Young where can I read a version of your lost-things poem?). A local kaumatua guided at least forty readers and writers up to a waterfall and back (around two hours). Stacy Gregg led some fans on a horse trek.

The audiences: Most sessions were full to the brim.

The chairs: I especially loved Fergus Barrowman (he did zillions with just the right degree of input), Nick Ascroft (he was hilarious) and Thom Conroy (astute listener!).

The organisers: Anna Jackson, Helen Rickerby and Simon Edmonds built a festival out of nothing yet when I reflect upon this daring, I realise it was out of something. The festival grew out of the hard labour and inventive thinking of these three. It also grew out of the good will these three can harness: from the locals, the venue, the schools, the publishers and the out-of-town readers and writers. It might sound corny but it also grew out of the physical location and its beauty. The festival always bore this mind.

It was really good to hear Anna and Helen read and share ideas. I loved too the way they sat in the front row in every shared and listened so intently. I could see the joy of the occasion on their faces. You don’t usually see festival organisers with freedom to sit in the front row and listen. Yet another sign of what made this occasion special.

I think if I were to ask all writers and readers to join me in a huge pakipaki for Anna, Helen and Simon we would drown out the mountain stream and the passing train. Just for a moment. We are in debt to you. Thank you. 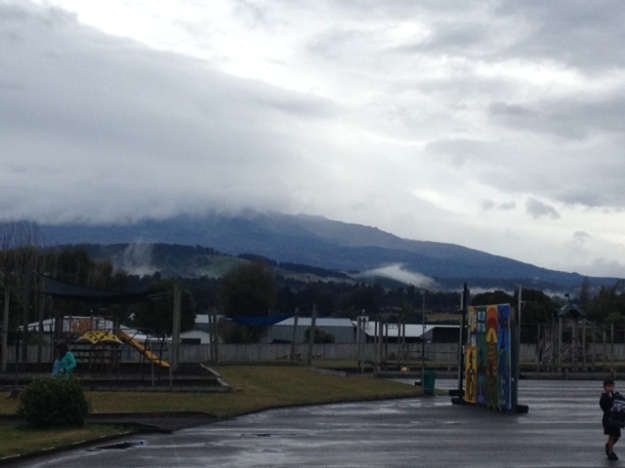 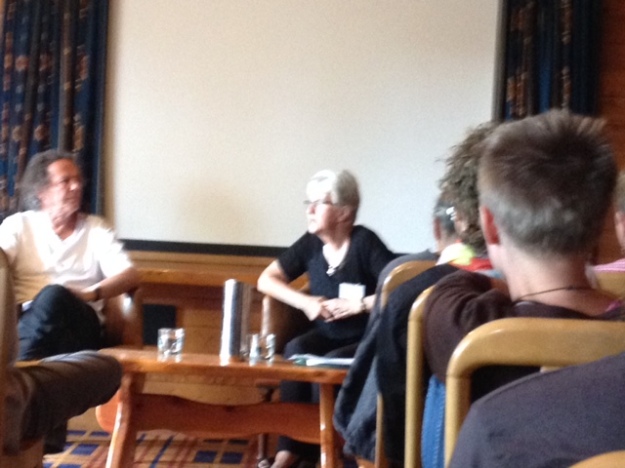 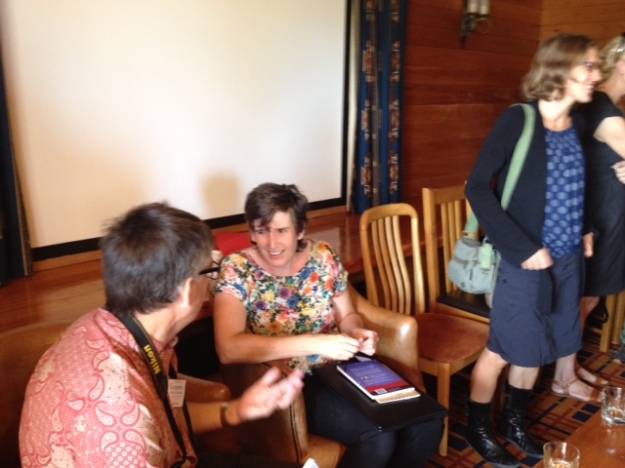 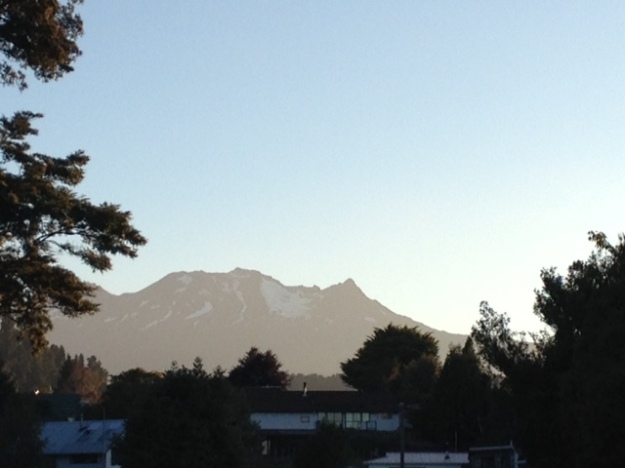 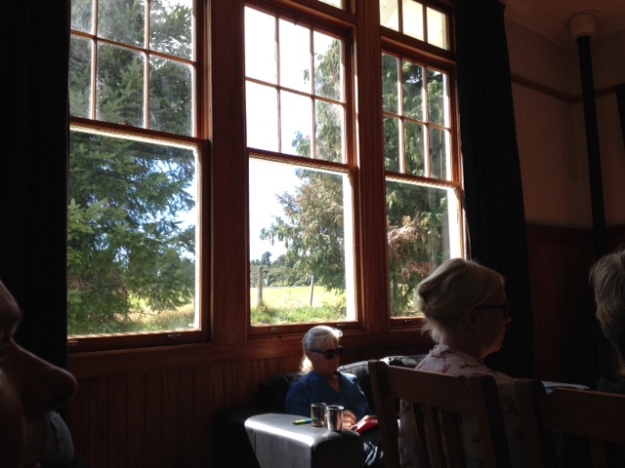 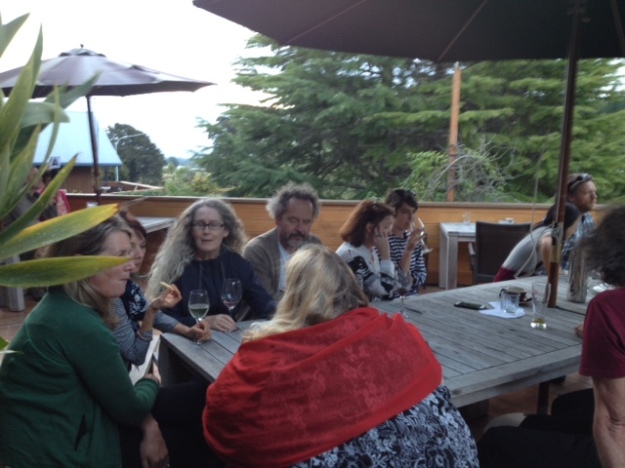 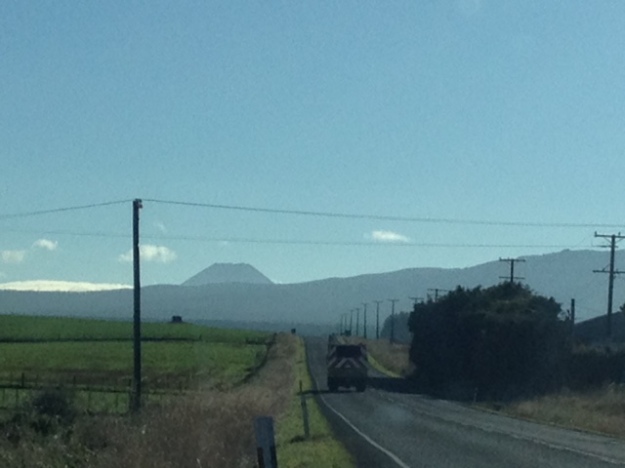