Scenes from the photographer’s childhood: wardrobe

She kneels in the red light of her wardrobe, leaning

over one tub of chemicals to pull out the dripping

sheet from the one in the far corner, the space so

small, the smell so sharp, the image not that

of her mother, poking her amused face

around the bathroom door as she heaved

it open, pushing across the floor the barricade

set up to keep her out, nor of her own fury, still

sharp days later, but the shot she had taken

seconds earlier of her body, her legs

half shaven, still half dressed in foam.

Every night, without fail, whatever

time she takes her bath, within minutes

her mother suddenly just has to wash

her hands. It is this, even more than the

ruined image, that makes her scream

when her mother opens the wardrobe now,

an extended scream that the exhausted

mother next door, in her faded blue thrift

never end, and so joins in, even though

it will wake the baby, which it does: and now

they are all screaming, the girl in B, the neighbour

in G, and the baby in F, a long, tense chord

of such helpless rage, almost a panic, it seems

it must rise up, it will ruin them all, there

can never be any release, their throats, all three,

scraped raw, the scream continuing, the

of G, as the baby drops to E, the photographer

rising to C, holding for four beats and then

stopping, just as the baby stops, and so

the mother stops too and for the long moment

in the most perfect silence

she has ever known and will ever know

again, milk all through her dress, blue

jug in pieces on the floor,

exactly at the midpoint of her life.

Author bio: Anna is the Programme Director in the English Department at Victoria University. She has published five poetry collections, including Thicket, which was shortlisted for the New Zealand Post Book Awards in 2011. Her latest collection  I, Clodia, and Other Portraits was published by Auckland University Press in  2014 (my review here). Anna is currently organising a Ruapehu Writer’s Festival with Helen Rickerby to be held in Ohakune, March 2016 (Facebook page here).

Paula’s note: This surprising poem, holds narrative in its palm, a sharp moment that reverberates  with implication. I get to the end and I am pulled back to the beginning, again and again. The musical chord that holds the moment together (and thus the poem)  jars, unsettles — until that moment of silence and it feels like time has iced over. Within that silent beat, poetry blooms. Ha! I need to get to work but this poem keeps distracting me. I adore the power of poetry to do just that. 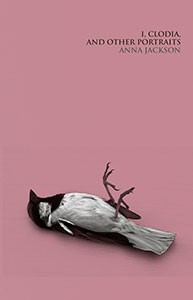