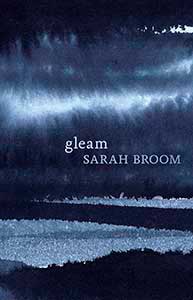 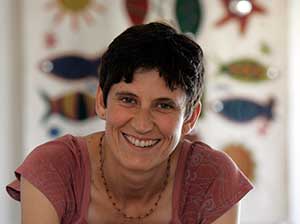 The Sarah Broom Poetry Award aims to provide recognition for an emerging or established poet, and to provide financial contribution to support their work. The prize was established in 2013 in honour of New Zealand poet Sarah Broom (1972 – 2013), the author of Tigers at Awhitu and Gleam (published by Auckland University Press).

The inaugural Sarah Broom Poetry Competition attracted around 300 entries from throughout New Zealand. The submissions included established poets, emerging poets and poets at all stages between, and clearly reflected a writing landscape that is in very good heart. The entries demonstrated a stunning range of complexity, subject matter, tone, style and form. The quality and breadth of submissions created a tough job for the judging panel with at least thirty poets deserving a spot on the shortlist. The selected finalists will read in a session at the Auckland Writers Festival where Sam Hunt, will announce the winner (Sunday 18th May, 1- 2pm, Upper NZI Room ).

The three finalists are:

Emma is a Dunedin-based poet (four collections published), novelist, teacher, mentor and anthologist. She has a PhD in English Literature from London’s University College, received the inaugural Janet Frame Memorial Award for Literature (2008), the Kathleen Grattan Award for Poetry (2011) and was the 2012 Robert Burns Fellow at the University of Otago. She was the Summer Resident at the Pah Hometead in 2014 (supported by Sir James Wallace Arts Trust/ University of Otago). Her latest collection is entitled The Truth Garden.

Emma’s poems often find a starting point in her domestic life—with her exquisitely tuned ear and her roving mind producing lines of singing clarity. The musicality is enhanced by a sumptuous vocabulary, by single words that stand out in a line and a rhythm that gives each poem startling breath and movement. What struck us particularly is the way each poem is made more complex—through an unfolding pocket narrative, meditative strains of thought, aching confession, political sharpness, the rollercoaster ride of maternal feeling. These were definitely poems with an aftertaste that kept you wanting more.

Emma: ‘I wonder if the rhythms of everything from nursery rhymes to an old tape of Yehudi Menuhin playing Mendelssohn violin sonatas, which I used to listen to obsessively as a teenager, are as deeply embedded in my sense of poetic music as my love of certain poems.’ 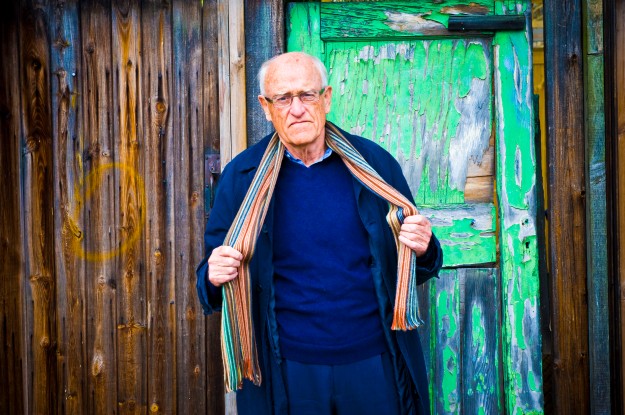 Karl has published over forty volumes of poetry, fiction, memoir and criticism. Along with New Zealand’s highest honour (the Order of New Zealand), he has received the 2009 Prime Minister’s Award for Fiction, a 2009 Montana Book Award for his Collected Poems and the esteemed Hippocrates Prize for Poetry and Medicine in 2010 amongst numerous other awards. Karl’s latest collection is The Yellow Buoy (published by Auckland University Press in New Zealand and Ark in the United Kingdom).

Karl’s poems embrace a vision that welcomes both an intellectual life and an everyday life along with a joyful attentiveness to sound. There is the characteristic wit, reflection and irony, but there is also tenderness, empathy and acute insight. These poems radiate such a contoured experience for the reader through their layering of ideas, self-confession, musical agility and location within a history of reading and thought. The subject matter shifts from the intimacy of a love poem to his wife, Kay, to a cheeky eulogy to Derrida (‘the enemy of plain sense’) to a hilarious case of mistaken identity. These poems have an unwavering strength to pull you back again and again to fall upon new discoveries.

Karl: ‘Poetry has been my life, and all the other literary endeavours, criticism, scholarship, fiction, circle around and out from it.’

Kirsti is a poet and disability advocate currently studying Creative Writing at Manukau Institute with Robert Sullivan and Eleanor Catton. She has written and read poetry since she was a child, and has won both the Katherine Mansfield Young Writers Award and the Bell Gully National Secondary Schools Poetry Award. She has published poems in various journals.

Kirsti is a fresh young voice on the poetry horizon line. Her submission indicates she has an astonishing ear for the way sounds soar on a line, the way they dip and fall. Her syntax is bold and on the move, but she is unafraid of neither simplicity nor silent beats. The poems take you into the heart of family from a mother’s x-rays to kitchen dinners to a grandmother’s quince trees. Each poem is brought alive to a startling degree with sensual detail, electric connections, canny ellipsis, judicious repetition. It is a voice that feels original, that is willing to take risks and that exudes a love of writing in every nook and cranny.

Kirsti: ‘I have been working to tell the story of my family, which is about women’s resilience and the ways of winning the most subtle and internal of wars.’